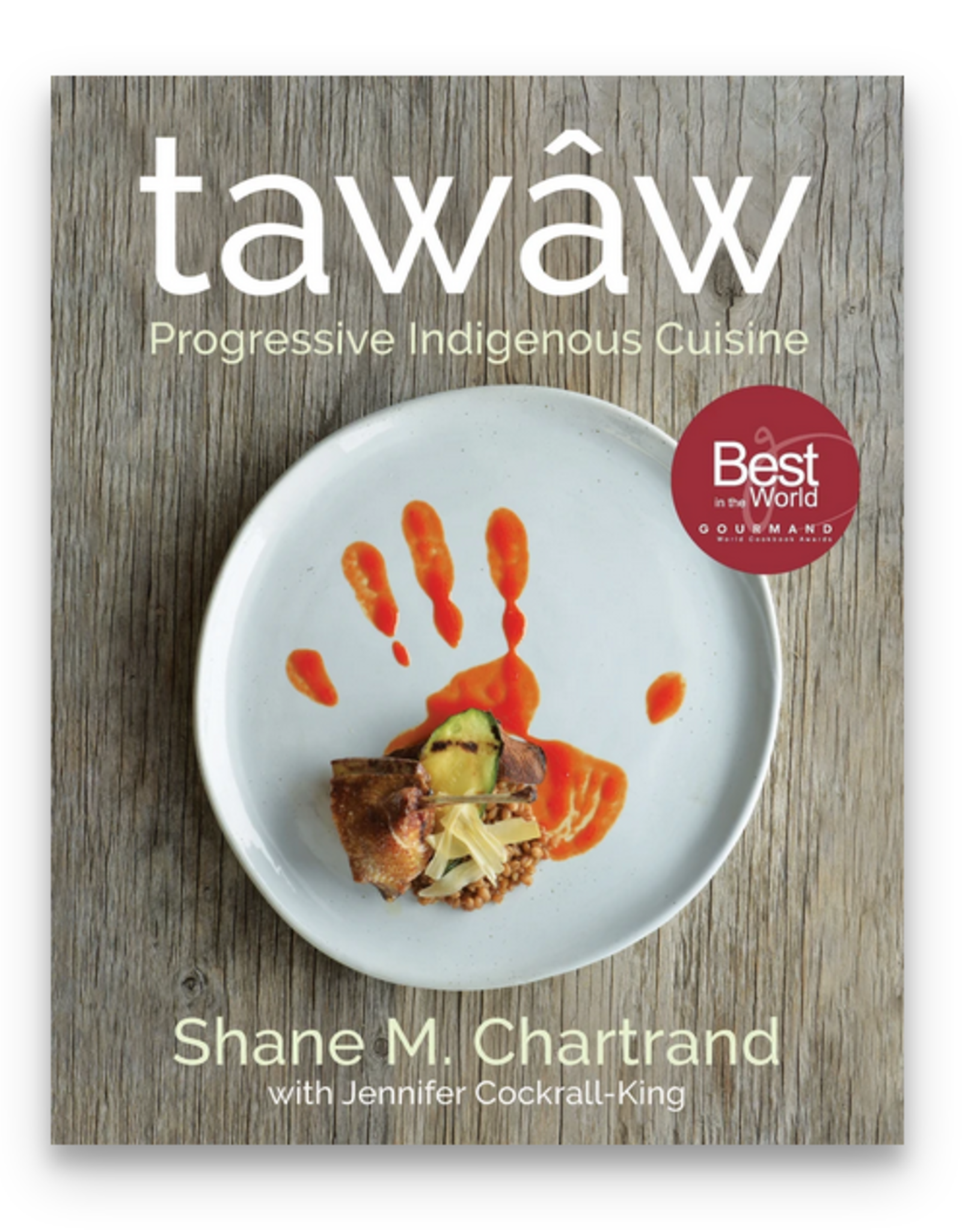 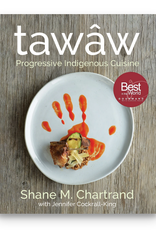 Born to Cree parents and raised by a Métis father and Mi’kmaw-Irish mother, Shane M. Chartrand has spent the past ten years learning about his history, visiting with other First Nations peoples, gathering and sharing knowledge and stories, and creating dishes that combine his diverse interests and express his unique personality. The result is tawâw: Progressive Indigenous Cuisine, a gorgeous book that traces Chartrand’s culinary journey from his childhood in Central Alberta, where he learned to raise livestock, hunt, and fish on his family’s acreage, to his current position as executive chef at the acclaimed SC Restaurant in the River Cree Resort & Casino in Enoch, Alberta, on Treaty 6 Territory.

Containing over seventy-five recipes — including Chartrand’s award-winning dish “War Paint” — along with personal stories and interviews with friends, culinary influences, and family members, tawâw is part cookbook, part exploration of ingredients and techniques, and part chef’s personal journal — a visionary book that will invite readers to leaf through its pages for ideas, education, recipes, and inspiration.

Shane M. Chartrand, of the Enoch Cree Nation, is at the forefront of the re-emergence of Indigenous cuisine in North America. Raised in Central Alberta, where he learned to respect food through raising livestock, hunting, and fishing on his family's acreage, Chartrand relocated to Edmonton as a young man to pursue culinary training. In 2015, Chartrand was invited to participate in the prestigious international chef contingent of Cook It Raw, and has since competed on Food Network Canada's Iron Chef Canada and Chopped Canada. Currently, Chartrand is the executive chef at the acclaimed SC Restaurant at the River Cree Resort & Casino in Enoch, Alberta, where he transforms his diverse influences and experiences into culinary art.

Born and raised in Edmonton, Alberta, Jennifer Cockrall-King is a Canadian food writer who now lives in the small community of Naramata, in British Columbia's Okanagan Valley. She is the author of Food and the City: Urban Agriculture and the New Food Revolution and Food Artisans of the Okanagan Valley. Her writing has appeared in publications across North America, including Maclean's, Reader's Digest, Eighteen Bridges, Canadian Geographic, and enRoute magazine.